This company kills everything it acquires and it paid way too much, the Sears of computing.. It's legacy business will die a slow death, stalled by legacy companies that also will die because they can't won't change themselves. Just look how many places still run Cobol.

This is bad news for Red Hat. Everything IBM touches turns blue and dies. I laugh everytime I see a commercial for Watson. How can a company advertise their prowess at prediction then miss their numbers so consistently? Hilarious. Sad but hilarious.
***

With all its intellectual prowess, IBM had to go outside to find a business that could help it grow.  That says it all.  Rommetty was the beginning of the end.  Unless they can find another McKinsey guy to straighten out the business and focus on results instead of social engineering, they're finished.  Shame.  I worked there in the 70s and it was a truly great company.
***
IBM is trying to pump up their stagnant revenue after years of failures and poor performance with maybe the worst tech CEO ever.  As the whole thing crumbles perhaps someone like HP or a Chinese company will buy the scraps
***

IBM has $125 billion in assets on its books, but its net equity is only $17.5 billion.  The killer is that $40 billion of those assets are goodwill and intangibles.  Even before the Red Hat transaction, there's no "There" there.  Now they are going to borrow some more money to buy Red Hat at 11 times gross revenues?  Ironic they should choose Halloween week to announce this, because they strike me as a zombie company.  Their balance sheet is an empty shell, and this transaction makes them look like a dead man walking.  It's like Singer Sewing Machines going into the Computer business.  I'll bet the best of Red Hat will scramble for the exits the first chance they get.
***

The only big branded growing big cloud services company willing to sell to IBM.   IBM gets one big deal like this, and  the next one is a merger.
***

Maybe ask Watson if this is a good idea! Talk about grabbing at straws!
3 years ago Red Hat could have been purchased for next to nothing
***

IBM und Mainframes - eine Diskussion
I think people are missing the larger picture.  Red Hat is an enterprise trusted Linux, and it runs on zSeries, iSeries, and x86 platforms.

On zSeries mainframes it can run alongside z/OS.  This gives IBM control over a high performance Linux platform with a level of reliability and transaction processing capability that x86 platforms can only dream about.

Since it covers multiple architectures, IBM can use it as a standard development platform.  The Red Hat consultants will be coming with the deal, of course, which instantly makes IBM the premiere source of Red Hat consulting.

The name of the game here is integration, not software revenue.  I don't think the CentOS or Fedora projects will be impacted.  IBM isn't Oracle, after all...

zSeries are not doing well. They are mostly sold to legacy customers, and the overall mainframe market size is negligible.

The overall IBM's reputation has also taken a deep dive during the last 15 years or so. IBM's recent history is littered with gigantic unreliable pieces of s... oftware. Basically you only buy IBM if you're working for the government and don't care about costs.

On the other hand, RedHat is a trusted company with extremely good reputation. Companies gladly buy RedHat subscriptions because they know that if they have an issue with some software package, RedHat can often put them into contact with the original developers of that package.

A common misconception.  The overall mainframe market (HW/SW) continues to grow (not great, but 3% CAGR is better than shrinking).  In fact, over the last four quarters IBM's zSeries hardware revenue was 60% higher yoy (the z14 packs quick a kick).  Those legacy customers happen to be every large bank, insurance company, airline, shipping company, etc.  (I know those folks.  They are clients...)

Of course, putting new emphasis on z/Linux helps to give Big Iron a boost, since it provides levels of service that can't be matched by any other on premise Linux solution (or, based on some recent outages, on cloud solutions either).

This isn't to say that mainframe are going to grow and take over the world.  But putting Red Hat under Big Blue will extend how long they will be around.

(Favorite line from a client - "We are going to get rid of our mainframes five years ago...")

Answer 3
Mainframes are dying. The mainframe hardware market is estimated at 3 billion a year - nothing to sneeze at but also an insignificant fraction of the total ~64 billion USD x86-based server market size.

Mainframes are very "sticky" - it's hard to get out of them, as they are so specialized. That's why very few new customers even try them these days. Vendor lock-in is not a nice thing.

As for RH sticking longer under IBM, this is not a given. IBM has a history of killing projects through sheer bureaucracy.
Answer 4
Sounds like both Alex and john have some good stats here :).  Sorry john but I’m  with Alex on this one.   Software vendors aren’t coding for rhel on zseries. Now go find administrators for mainframe... I believe it’s difficult.   I think z and as400 had a great run and were stable as heck.  Pseries too!  But Linux on x86 is gonna win out in the end.  It’s cheaper and easier to find supporting staff.  Every cio in the world is reading their magazine and saying x86/VMware/Linux/kubernetes is the future.     They all follow each other.
Eingestellt von Raimund Vollmer um 10:19 Kommentare: Links zu diesem Post 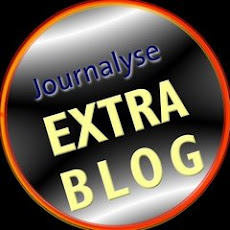